The White-spectacled bulbul is a gray-bodied bird, with a black head, and distinct white “spectacles” or rings around its eyes.

While its distribution range is somewhat limited, it can live in a broad array of vegetated areas and, thus, is flourishing overall.

It is a common sight (and sound!) all over Israel.  In fact, it was a runner up in the contest to become Israel’s national bird.  Thankfully, it lost to the Hoopoe, because the word “bulbul”in Hebrew slang is roughly equivalent to the word “weenie”in American English.

Shoshana Kordova wrote a great piece in Haaretz on this subject:

While attributing glasses to this mostly gray songbird with white rings around its eyes may seem to grace it with some dignity and focus our attention on the bird’s face, that image is arguably counteracted by the fact that it is also known as bulbul tzahov-shet, or yellow-vented bulbul: the bulbul with the yellow backside.
The avian vent, also called the cloaca, is an opening that serves as the bodily exit for the digestive, urinary and reproductive systems in both male and female birds. That, of course, brings us back to the other kind of bulbul, a popular childish name for the male reproductive organ that has been known to cause the same kind of snickering you would get in English if you were to casually mention to people who were not ornithology enthusiasts that you had just spotted some great tits – I am referring to the woodland bird, of course – through your binoculars.

Either way, we’re pretty sure we discovered the root of Elton John’s obsession with glasses: 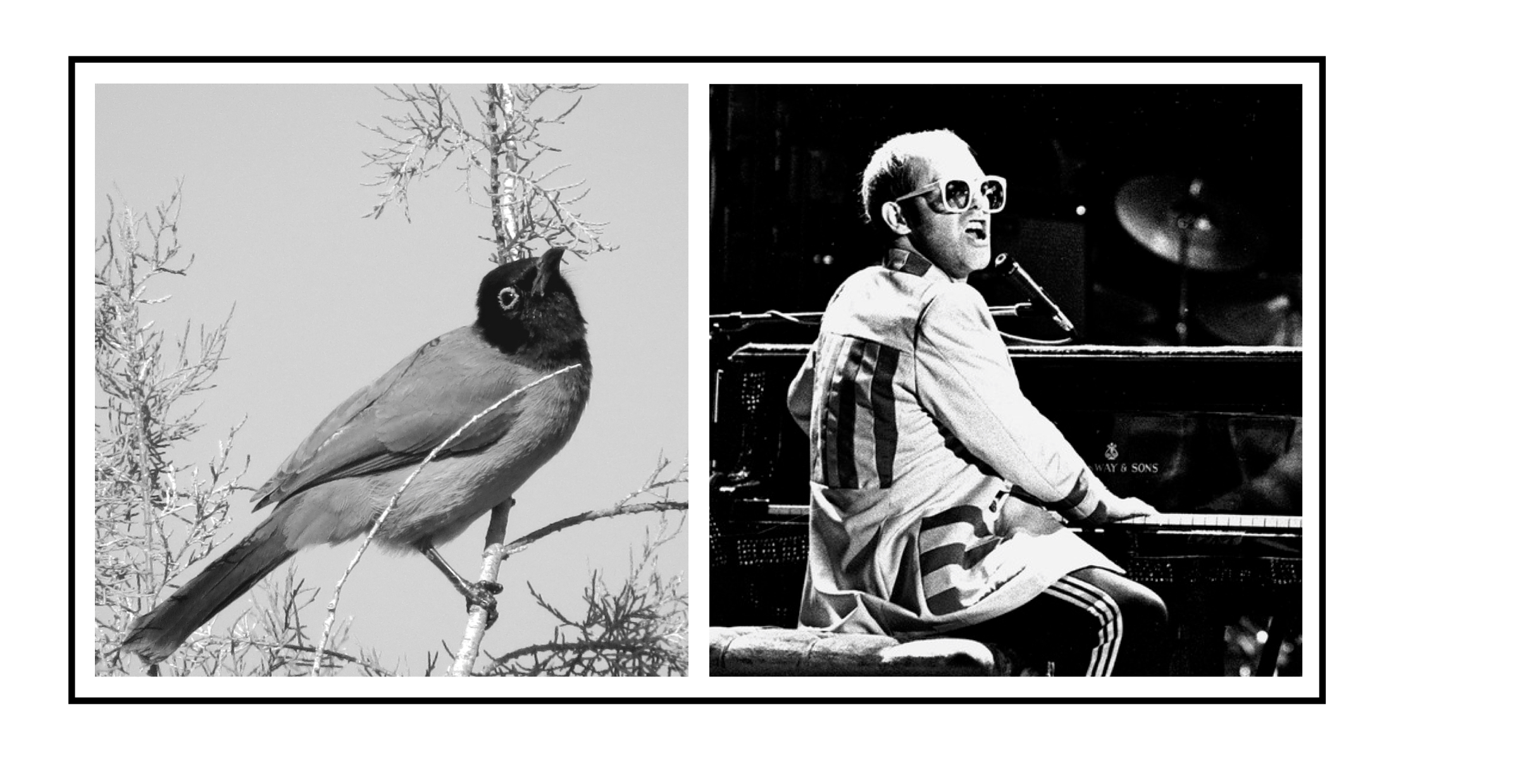