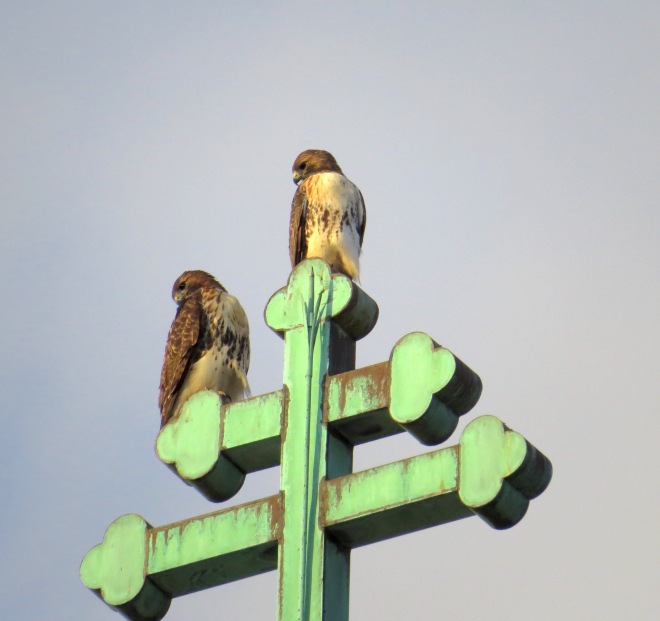 “If I can fool a bug…I can surely fool a man. People are not as smart as bugs.”

From the plentiful pigeons of New York City to the backyard ubiquity of Sandhill Cranes in Wisconsin, it’s easy to take for granted those things that surround us.

Pigeons, pigeons everywhere,
We walk by without a care,

There’s one next to some graffiti,

Here’s a flock of pigeons flying.

Sandhills, Sandhills, all around,
For miles we hear their rattling sound,

Here are some who stopped to prattle,

Zoom out and you’ll see some cattle,

Here are two in mid-air, landing.

Do they look at us and think...

People, people, everywhere,
On the ground and in the air,

On the farm and on the street,
On their phones they text and tweet,

In their cars and trucks they speed,
barely ever taking heed,