It’s been a while since we posted anything significant about Christo and Dora and there’s a reason: we were waiting for them to settle down for the nesting season.  And it’s now official, the East Village Red-tailed Hawks have had 3 different nest locations in 3 years. Red-tailed hawks usually nest in the same spot, reinforcing the nest each year, but they face more of a challenge in an urban environment.

Let’s start with some background on the 3 nests/locations. Here’s a map to get you oriented:

(No photo but it was a bigger air conditioner than Year 2)
Location: Southward-facing nest on a 7th floor air conditioner in the Christadora building (their namesake).
Pros: Lots of sun from the south.  Proximity to park is great for hunting and decent for fledging.
Cons: One of the young hawks fledged into a shaft between buildings and had to be rescued. Then, when the hawks tried to nest here the following year, Christadora blocked them due to impending construction.

Location: Eastward-facing nest on a 12th floor air conditioner in the Ageloff building.
Pros: Decent sun and some wind protection. Height provides safety. Proximity to the 3rd St. Church cross, the tallest in the neighborhood, where the parents can survey their territory while keeping an eye on the nest.
Cons: The nest was small and crowded. It was also a haphazard fledging location. And there were some overzealous people who leaned over the roof to take photos directly over the nest. They didn’t mean harm but most likely didn’t understand the danger this posed to the young hawks, who couldn’t fly yet. Despite this, the majority of residents here (especially those who had their air conditioner taken over by hawks) were amazing and kind. Thank you Ageloff residents! 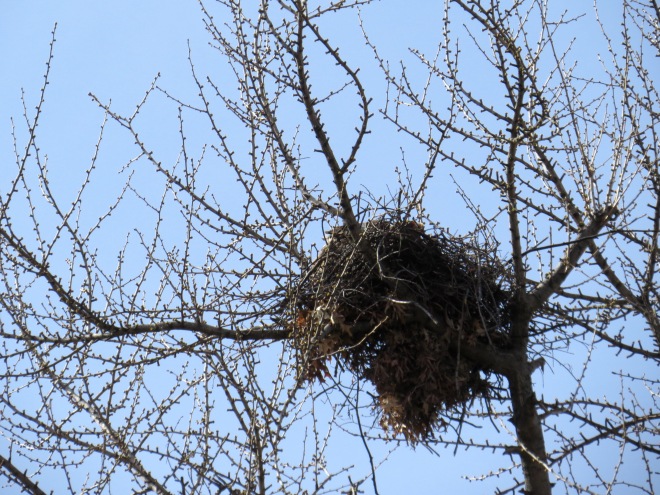 Location: Tall gingko tree in Tompkins Square Park.
Pros: Ample food.  Should be great for fledglings’ first flight and subsequent learning.
Cons: Nest is open on all sides so it is more prone to predation, destruction (we’ve heard that squirrels have dismantled nests in the park before), and the elements. And the selfish con is that they are harder for the humans to see!
So why have they moved so much?
After year 1, as we mentioned above, the hawks actually tried to return to the AC nest on Christadora but they were blocked by the building, which was about to start a large, 2-year construction project.  Then the hawks scoped out a few new places and ended up on Ageloff.  After year 2, although the Ageloff nest stayed in tact and the hawks had the option to nest there, in October they built a nest in the park.  It’s common for Red-tailed hawks to store sticks and to build back up or decoy nests but it’s highly uncommon for them to create a new nest in the fall (bird experts we spoke with hadn’t witnessed this behavior before).
Then, just to keep things interesting, on Jan 24 of this year, they stopped in to their Year 2 nest for a short date. They shared a  rat snack and tended to some sticks… 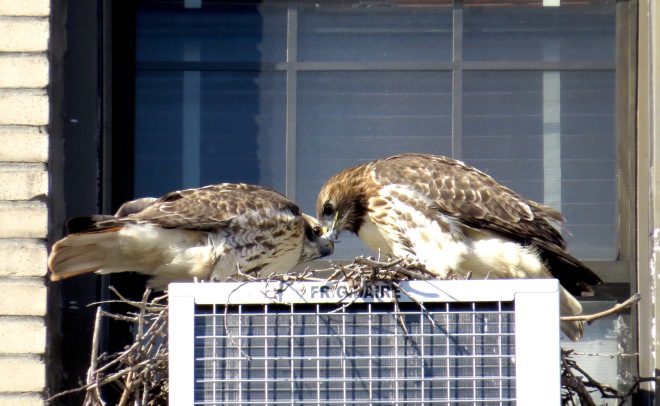 ..but they haven’t been seen there since.  Perhaps they were ensuring that this was a viable backup if the newer nest in the park didn’t work out.
Now, they seem to be brooding on at least one egg (maybe more) in the park.  We caught up with them on Easter Sunday right when Christo came to tap in and share the incubation responsibilities.
Christo had left a rat in another tree for hard-working Dora. He landed on the nest and she happily flew over and chomped the rat down.

She even tried it on as a disguise…

She cleaned her beak off on the tree bark and looked around before flying to the nearby 8th St. church cross. This will probably be their hangout spot once the little ones need more space in the nest. 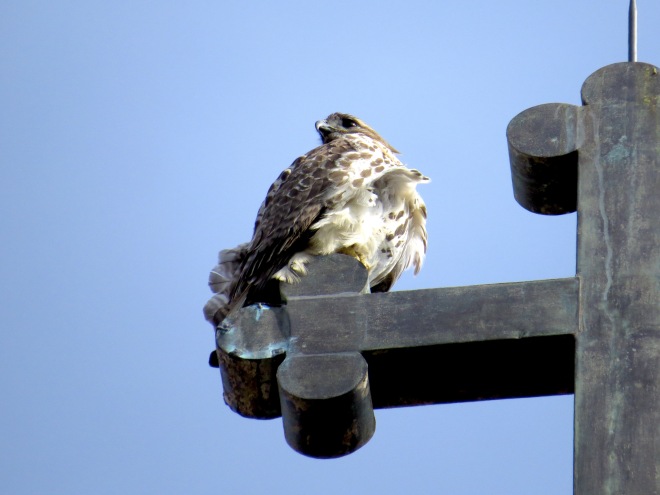 She then flew back to the nest and Christo emerged… 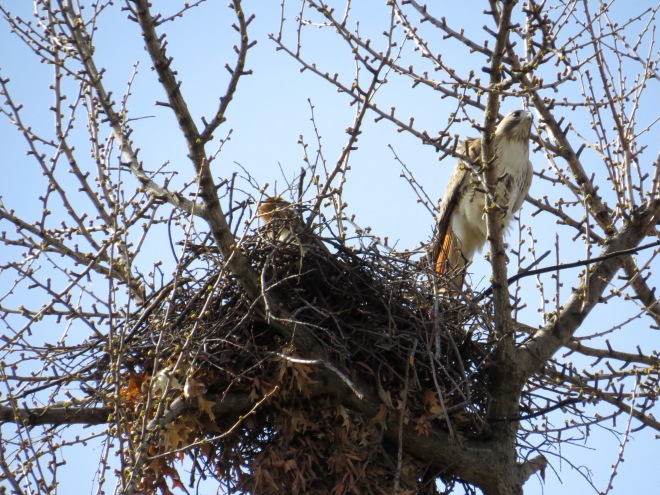 …he looked around for a moment… 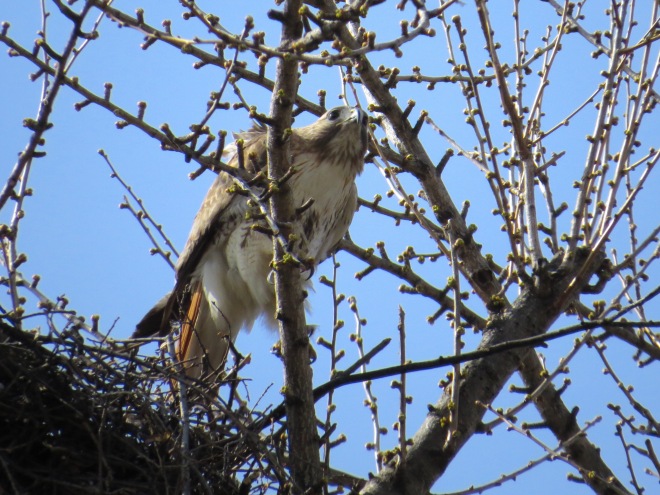 …and took off to circle around the park and eventually out of sight.

Only time will tell if the Year 3 nest turns out to be the best. So far, so good! 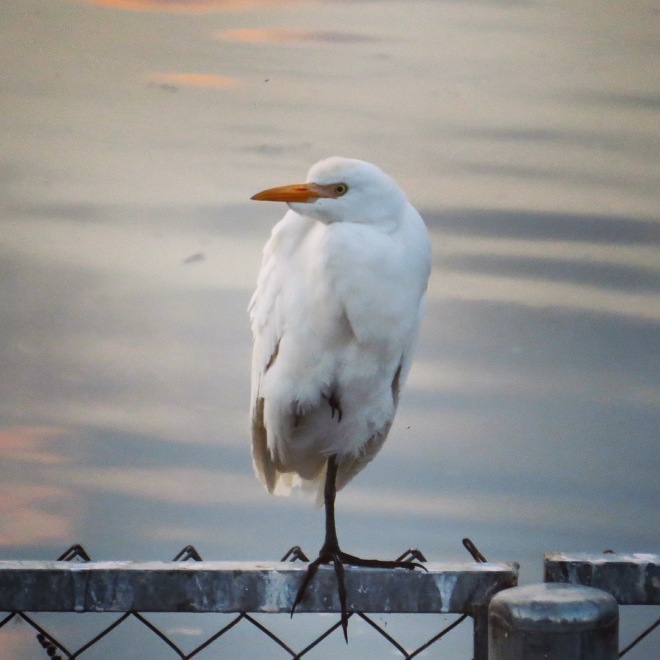 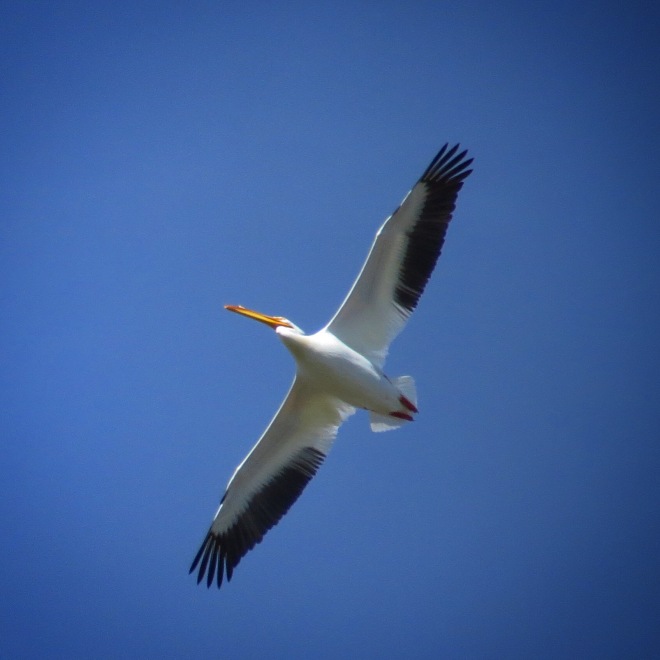 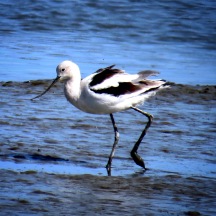 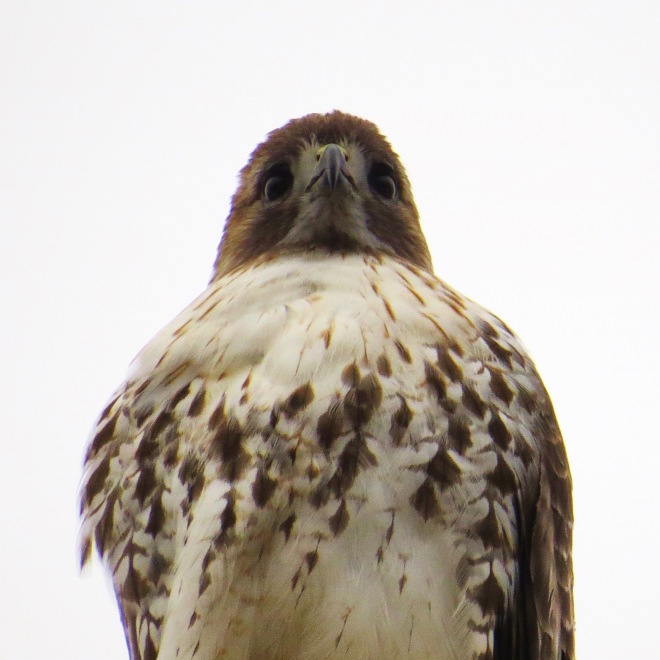 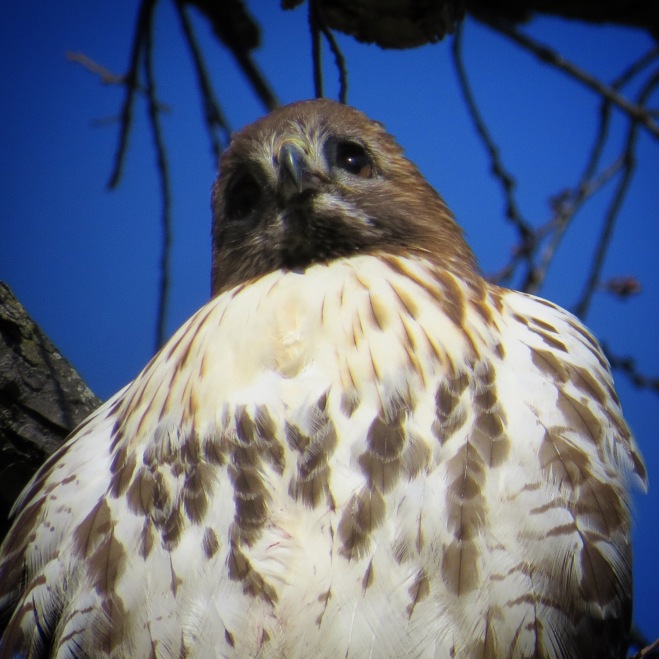 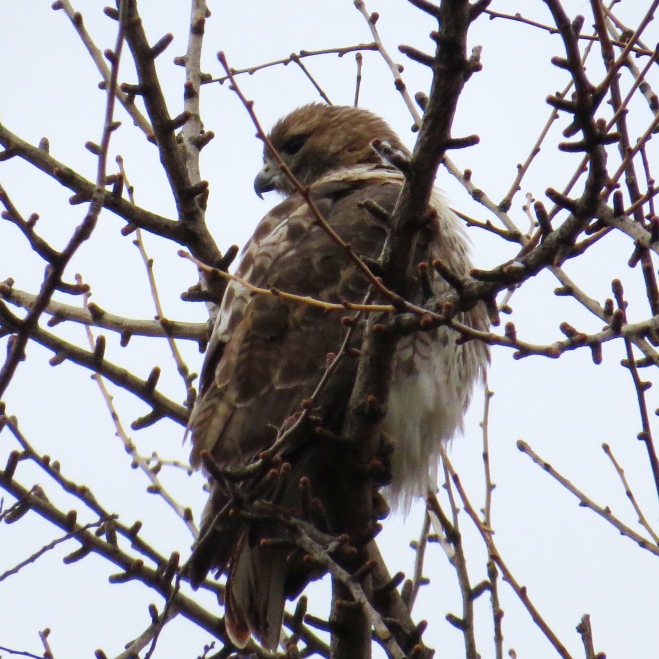 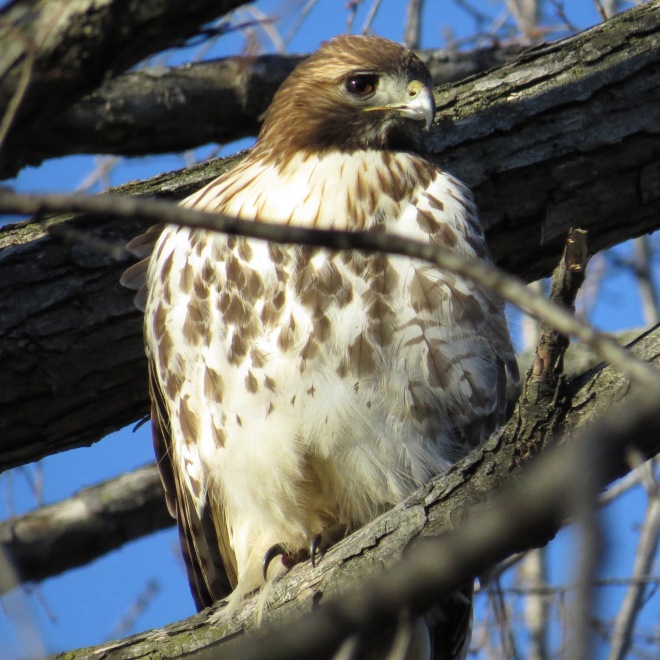