It has been an exciting week in the New York City bird scene (yes, that’s totally a thing).  On Sunday, Keir Randall spotted a Painted Bunting (PB) in Prospect Park in Brooklyn. Word quickly got around and local birders were all aflutter. Now, with mentions in the New York Times, the Gothamist, and Fox and CBS news crews on the scene today, the bird is only going to get more attention.

The bird is gorgeous.

It’s fitting that it’s name in French, Passerin nonpareil, literally means “Cardinal without equal” (it is technically a member of the Cardinal family).

Its blended colors instantly reminded us of a slightly melted snow cone:

And it is exceedingly rare in these parts. According to the New York Post: “This is the first adult male Painted Bunting that’s ever had a recorded visit to Brooklyn — and one of only 10 birds of his species to have arrived in NYC since 1927, according to data compiled by the New York State Avian Records Committee.”

For a lot of people who can’t travel to its normal habitat range (southern states, Mexico, the Caribbean, and Central America), this is their one chance to see it. As a result, people are reportedly coming from as far as Maryland to catch a glimpse.

So why has this beauty breezed into Brooklyn?  Here are three possibilities: 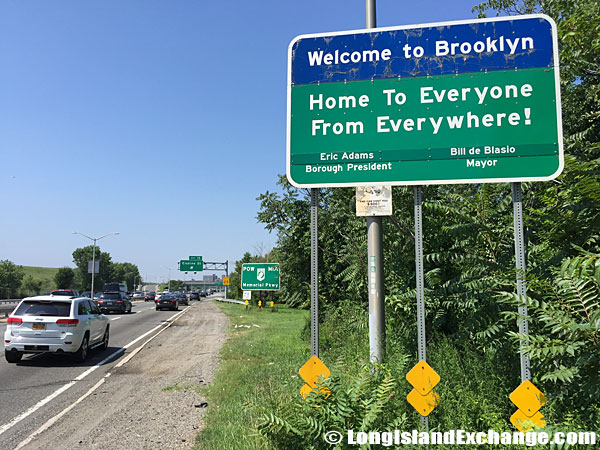 Perhaps the PB caught a strong wind that blew it off of its normal migration route…it saw the “Welcome to Brooklyn” sign and was intrigued. 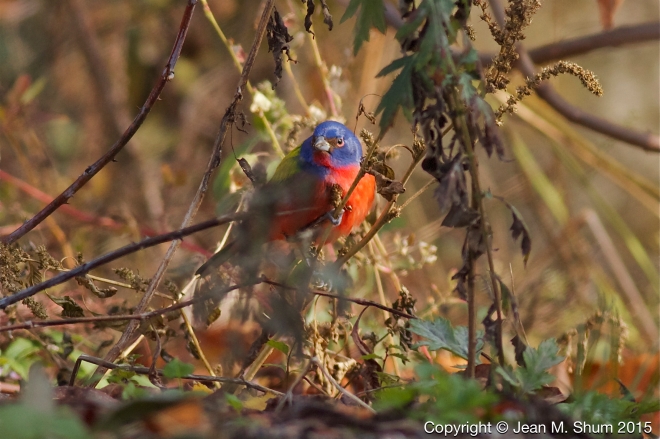 Whatever the truth, we’re glad that it decided to visit.  If you’d like to see it for yourself, check out the New York ABA Birding News for the latest updates.

Thank you to Jean Shum for the photos and info.

4 thoughts on “Why did the Painted Bunting come to Brooklyn?”